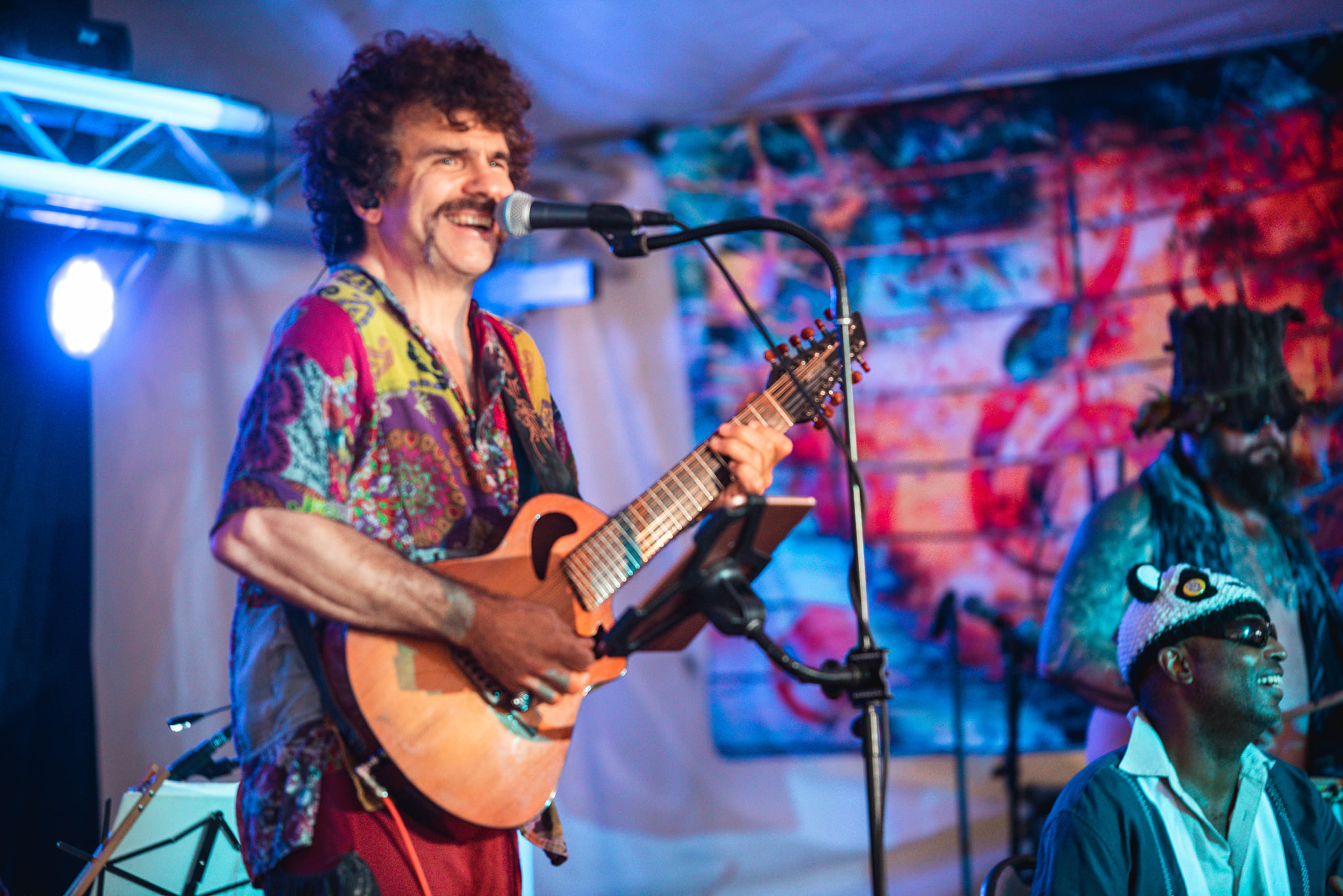 Jack Lowry is a musician who works with developing innovations in world fusion music through a confluence of musical influences. This work was initiated in 2007 at the Starwood Pagan Festival. Being a percussionist from a young age, Jack developed a keen ear for rhythm in drum circles. A guitarist in his youth, Jack has become proficient in Oud and Cumbus which he plays along with a mini 12 string guitar as well as his voice in the band Gypsy Funk Squad. Having been in the music business for over 30 years, Jack feels it is a form of prayer when he is able to connect and share his musical chi with the people of the Earth.